Hurricane Arthur to drench US East Coast over holiday weekend

Strengthening into a hurricane overnight, Hurricane Arthur is forecast to deliver heavy rains and strong winds to the eastern coast of the United States as the nation celebrates its independence. According to the National Hurricane Center (NHC), Arthur is predicted to cause heavy rain across the Carolinas, cause flooding from storm surge, and produce dangerous rip currents along the coasts of several southern states. These anticipated conditions have prompted officials in several states to close beaches and tourist sites, and to delay fireworks shows.

Hurricane and tropical storm watches were already in effect on Wednesday, July 2, from Florida to North Carolina. North Carolina’s Governor declared a state of emergency for 25 eastern counties to prepare for possible damage. In addition, a voluntary evacuation order was issued for low-lying Ocracoke Island, a popular summer tourist destination.

As of this morning, Thursday, the center of Arthur is expected to graze the North Carolina coast during the next 24 hours, however a slight westward shift in the track could bring the strongest winds inland. The forecast track brings the center near or over portions of Nova Scotia and Newfoundland in two or three days.

As the first named storm of the 2014 Atlantic hurricane season, Hurricane Arthur is a reminder for residents in areas vulnerable to tropical storms and hurricanes to prepare for the storm season ahead.

For more information on Hurricane Arthur:
• Visit the National Hurricane Center, or
• Read an article by Reuters. 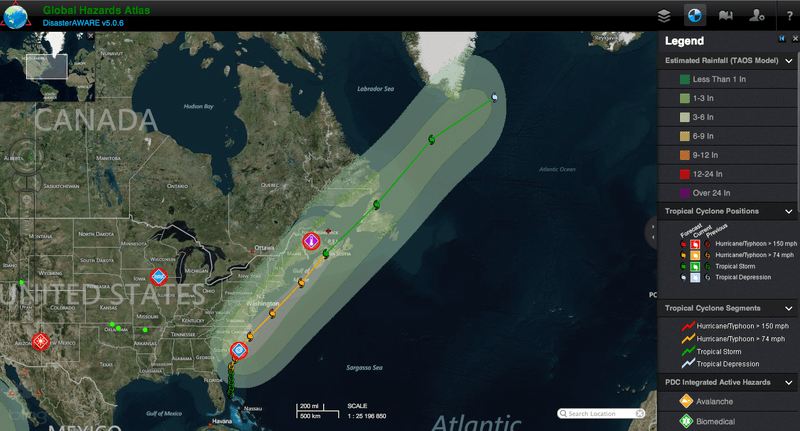 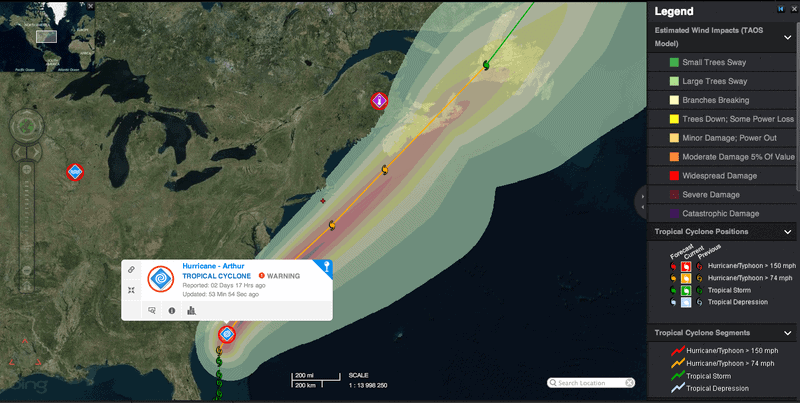