On June 18, Singapore’s Changi Regional Humanitarian Assistance and Disaster Relief Coordination Center (Changi RHCC) and Pacific Disaster Center (PDC), met at Changi Command and Control Centre (CC2C), Singapore, to sign an official Memorandum of Understanding (MOU) to partner on future disaster management initiatives. The agreement between Changi RHCC and PDC—an applied science and research center managed by the University of Hawai‘i—will promote exchanges of data, information and staff, as well as potentially leading to interoperability of tools to support disaster response coordination in the Asia Pacific region developed by both centers.

“The frequent earthquakes and the 2004 Boxing Day Tsunami are constant reminders that our region sits at the edge of the Ring of Fire in the Pacific Ocean,” said RHCC Director Colonel Lee Kuan Chung. He added, “PDC’s data and scientific advancements in multi-hazard early warning, disaster risk analysis, and operational practices will increase disaster resilience and improve coordination of multinational disaster relief throughout the region.”

Singapore itself has relatively low disaster risk by comparison with its neighboring states. To assist those impacted by frequent disasters in neighboring countries and within the Asia Pacific region more broadly, Singapore launched the Changi RHCC in 2014, with a primary mission of facilitating military-to-military HA/DR coordination during response to large disaster events such as the 2004 Indian Ocean Tsunami or the 2015 Gorkha (Nepal) Earthquake.

Changi RHCC, very much like PDC, cooperates with organizations such as ASEAN and the United Nations to coordinate response for disasters beyond its national borders. “The similarity in purpose and nature of work between the two centers makes for a natural partnership between PDC and Changi RHCC. By working together more closely, we can both leverage our capabilities and capacities to better deliver humanitarian assistance and disaster response in the region,” said PDC Executive Director Ray Shirkhodai. He also said PDC anticipates that the expansion of science-based data and tools, as well as operational practices will benefit the entire cycle of disaster management in the Asia Pacific region.

Initial activities between the Centers will include regular exchange of data and information related to preparedness and disaster response, joint participation in regional HA/DR exercises, and planning for interoperability between PDC’s DisasterAWARE and RHCC’s Opera applications. 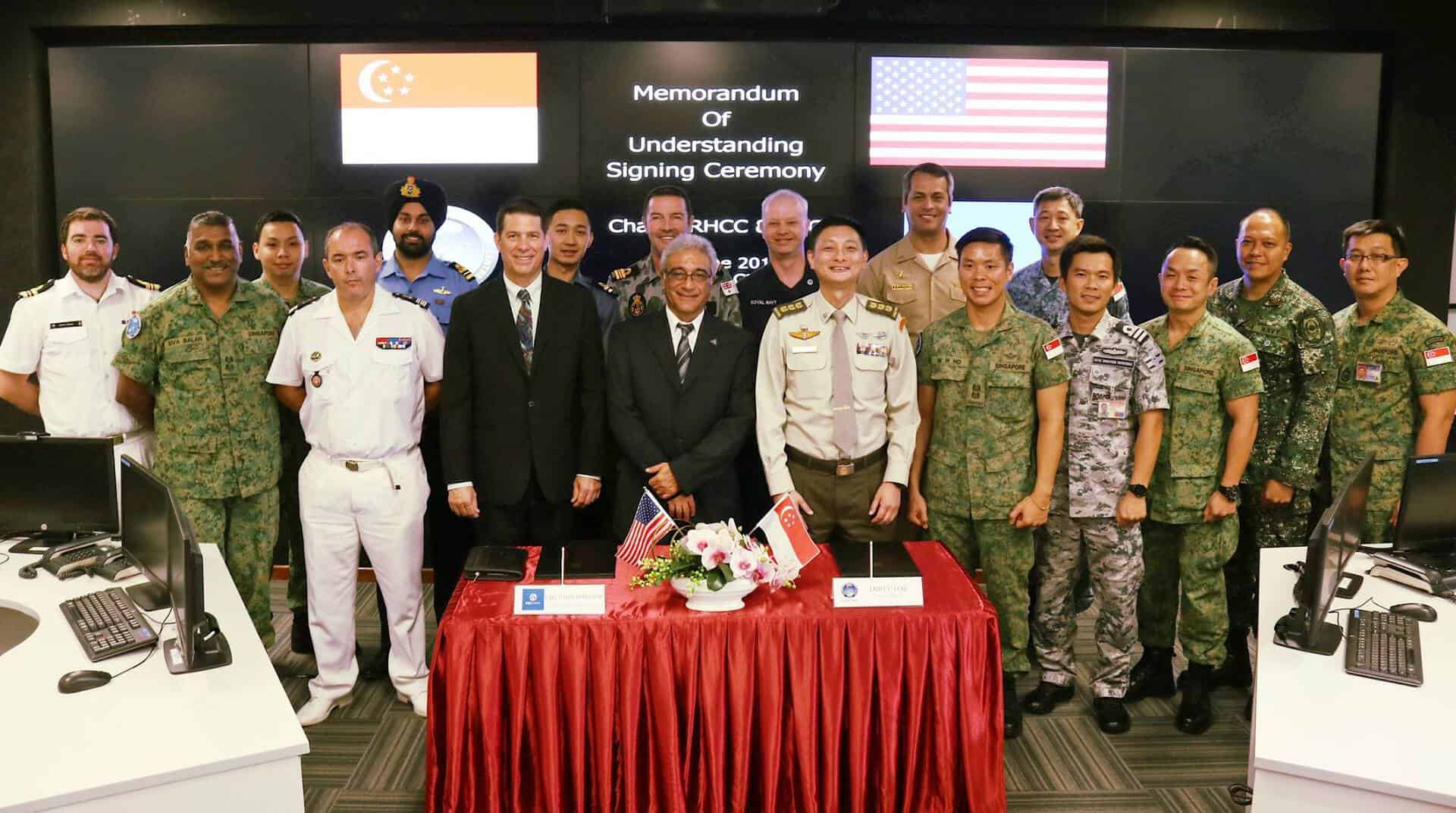 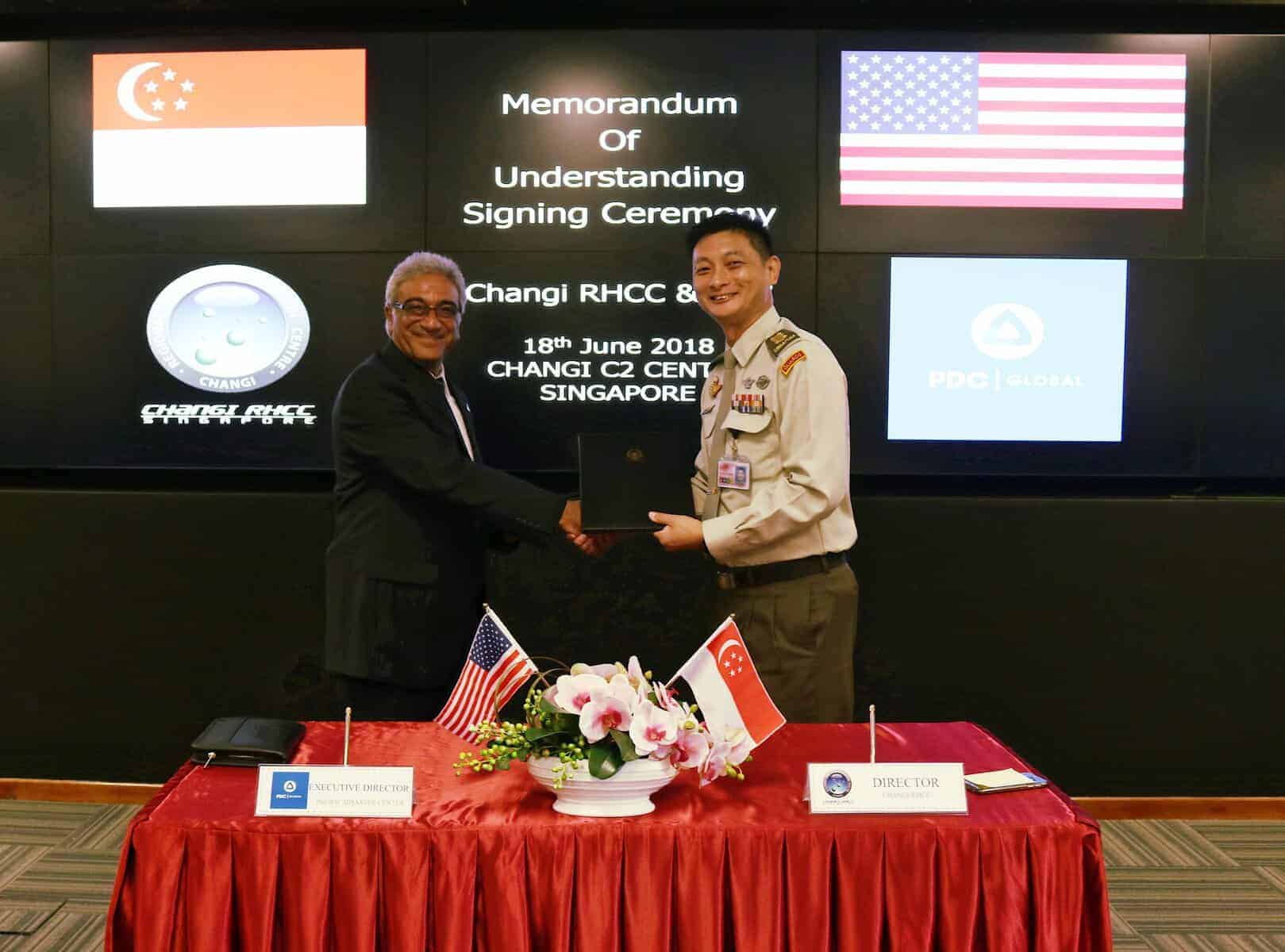