The Japan Meteorological Agency (JMA) issued emergency warnings and urged evacuations on Tuesday, July 8 (local time; Monday in the U.S.), as Super Typhoon Neoguri began lashing Japan’s Ryukyu Islands, including the islands of Okinawa and Miyako.  Neoguri is a very serious tropical cyclone and will deliver intense winds, torrential rains, storm surge, and dangerous surf conditions. According to the Joint Typhoon Warning Center (JTWC), after the cyclone passes through the Ryukyu Islands, it will head on a course towards the southern Japanese island of Kyushu, where the major city of Nagasaki lies.

Even though JTWC is forecasting that Neoguri will not strengthen over the next 24 hours, Japan is bracing for the typhoon’s arrival.  Japan’s state minister in charge of disaster management, Keiji Furuya, is urging people to shelter in secure places in preparation for the storm and recommending that officials order local evacuations as needed. (GDACS)

Neoguri will likely make landfall in Japan as a Category 1 Typhoon, still capable of causing dangerous wind and heavy rain, and bringing damaging surf to much of coastal Japan.

The storm formed on July 3, over the Pacific Ocean, south of Guam. It began moving northwest as it strengthened. Neoguri is the third typhoon of the 2014 Western Pacific typhoon season. 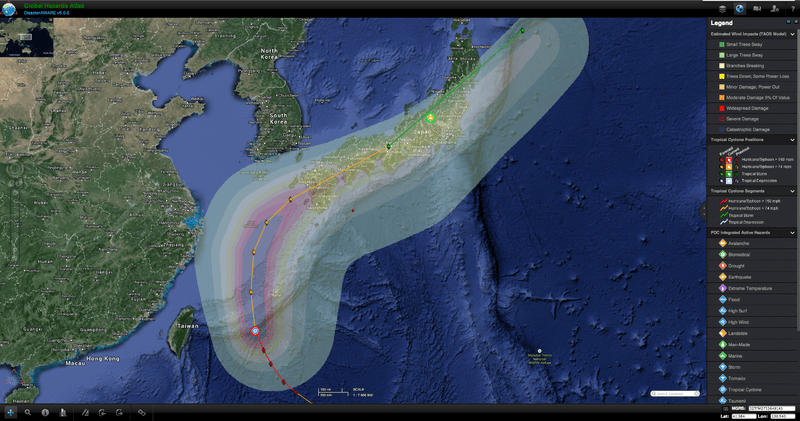