The South Pacific island nation plans and prepares for future hazards with technical assistance from PDC.

The Kingdom of Tonga is a nation made up of more than 170 islands, at least 50 of them inhabited. The islands are situated at a “convergent boundary,” where the Indo-Australian and Pacific tectonic plates collide, making it especially vulnerable to earthquakes and tsunamis. Additionally, the island country faces exposure to tropical cyclones and associated storm surge. And at high risk for impacts caused by climate change

The Tongan Ministry of Lands, Environment, Climate Change, and Natural Resources (MLECCNR), located in Nuku‘alofa, the capital of the Kingdom, is responsible for overseeing the sustainability of development – economically, environmentally, culturally and politically. On behalf of the government of Tonga, MLECCNR selected PDC to plan and implement a technical assistance project designed to strengthen the use of risk information in land-use planning. This effort is a component of the larger, World Bank-funded Post-tsunami Reconstruction Project that started in October 2010.

On September 30, 2009, Tonga’s northern-most islands, the Niua island group—along with the islands of Samoa and American Samoa—were struck by an earthquake of 8.3 magnitude. This was followed by three tsunami waves with a maximum height of 16.9 meters and inland penetration of more than a kilometer. About 46 percent of the island of Niuatoputapu was inundated, resulting in the deaths of nine people and, according to Government of Tonga assessments, damage estimated at about US$10 million, including the destruction of 85 houses and the partial destruction of 56 others.

The five-month PDC- MLECCNR project focused on applying hazard and risk information to support land use planning and community preparedness for the island of Niuatoputapu and for the Kingdom at large, strengthening the capabilities of the Planning and Geographic Information Systems units within the Ministry.

The PDC team, which included the University of Hawai‘i Department of Urban and Regional Planning, undertook an on-site gap and needs assessments, hosted a formal training session and study tour in Hawaii, and conducted a workshop in Tonga that examined Tonga’s existing land use policy framework and developed integrated risk reduction strategies to guide future development for the Kingdom of Tonga. These efforts help ensure that Tonga is prepared for the next natural disaster, making the nation more resilient and secure for the people and their livelihoods.

Additional information about the Kingdom of Tonga:
• Look at the Tonga Disaster Statistics on PreventionWeb, and
• Read about Red Cross activities in Tonga. 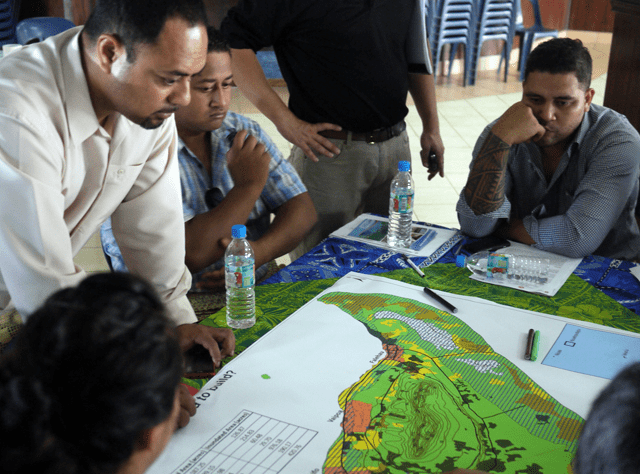